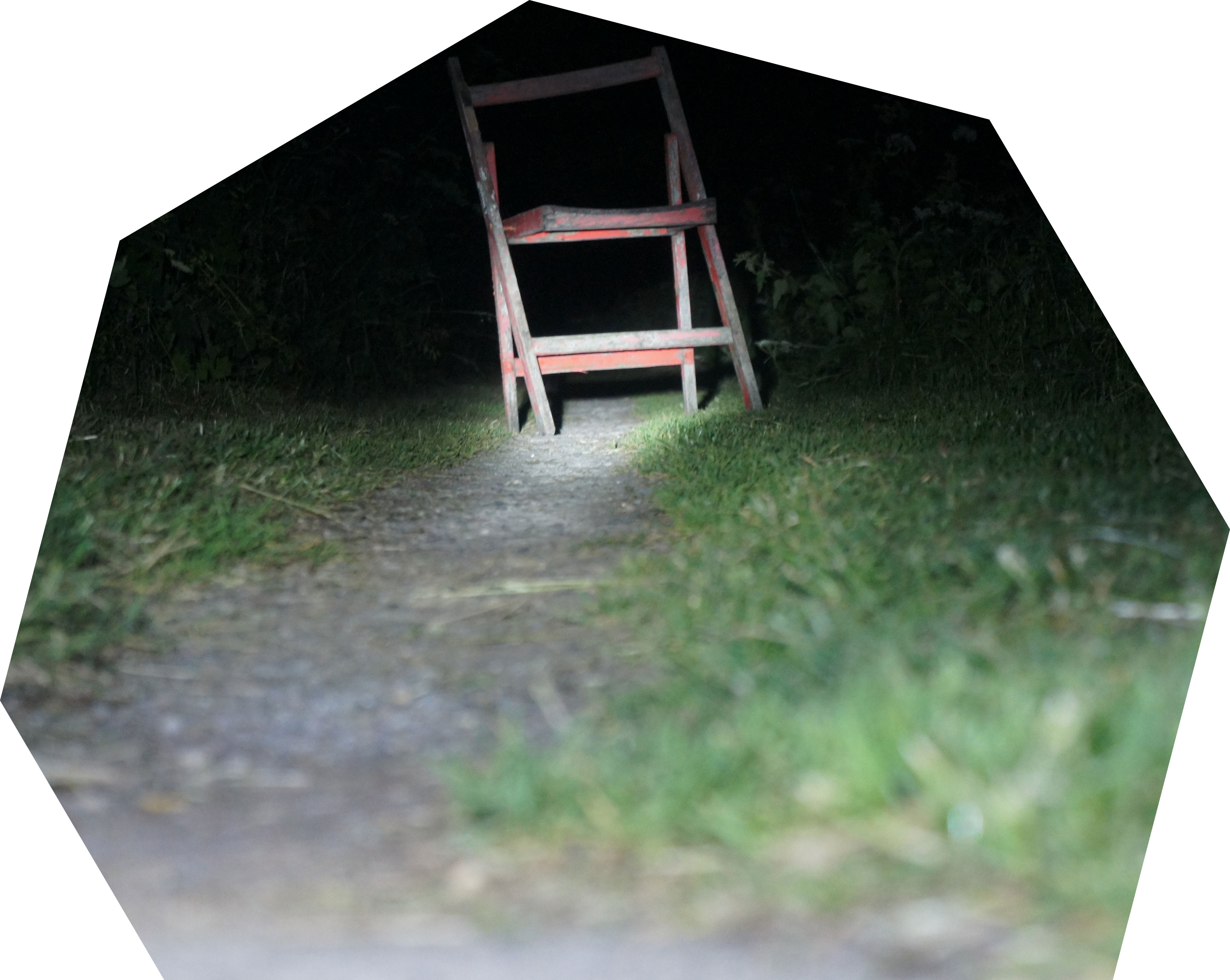 'Living Compass' began in a Rusty Squid workshop in early 2012. Around a workbench, we each built robotics out of card, wire, tape and electronics (Here is a shadow theatre built by one of the participants). I grabbed a compass - for drawing circles, not for navigating - from the table and tried to get it to behave like an animal. 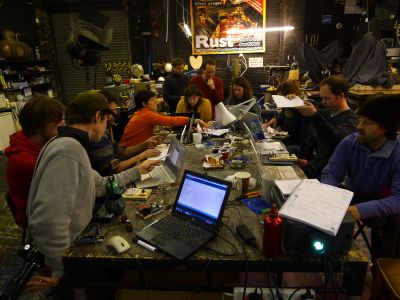 The idea was to use a capacitive sensor to drive a servo which rocked the compass back and forth like a rearing cobra or a play initiation stance. In the afternoon, the mechanics were successfully prototyped and the compass could be controlled via the Arduino, however the capacitive sensor proved problematic. 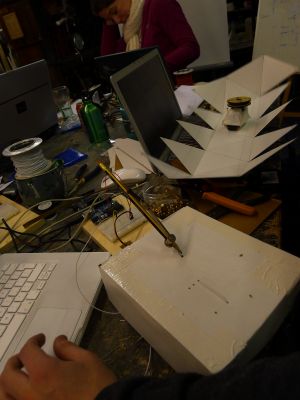 The compass prototype made from card, tape and wire.

In the summer of 2013, wanting to develop 'robotics for people' I thought I would like to make a full project of the compass. Directly programming the compass on Arduino would be problematic since there are so many variables at play so instead I first modelled it in Processing. The code is structured so that the input and output as well as internal 'mood' variables are normalised to a linear 0 to 1 scale which makes the behaviours easier to predict and more controllable. This also means there will have to be a calibration phase when it comes to deploying the real thing. Below is the model in Processing.js.

If you play around moving the mouse closer to the base you will see the various moods represented by the bars fluctuate. At some point the piece gets aggressive if provoked, it should also get tired.

Some interesting features of the model are that it uses no conditional statements, the motor actuation is completely defined using smooth mathematical functions - switching behaviours are modelled using Fermi functions since I figure that biological animals and people are not binary in nature.

Ryan Brown of Endesigns was good enough to make a great box for the base out of ply and from eBay I found a really surgical looking compass that was perfect for the piece. The pieces were assembled using a polymorph hinge and wire. 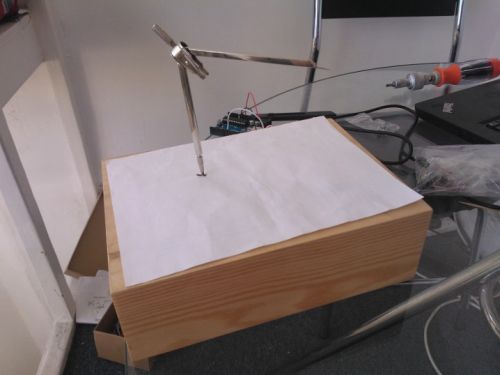 The compass piece in the plywood box

For the final presentation, the box was concealed in a stack of paper which looked more in place on a desktop and the following video was shot. You can see the compass react to the touch and 'jump' when you touch the point which looks like it feels the sharpness more than we do. We also see how it gets agitated when backed into a corner.